Shotguns Near To My Office 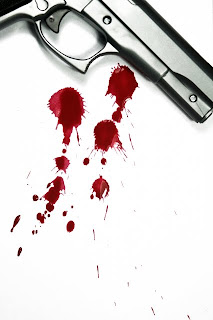 About two hours ago, I heard a series of shotguns near to my office. I could not believe it!

Then I heard some whistelings and screams (kind of moby ones). Next thing I heard: ululating sirens.

I immediately let down the metal blind. I was very scared and so were my co-workers.

We work in a small street very near to Santiago Homicides Police Headquarters and to a University. It is very common to hear the students protests against Mapuches treatment by the government or anything else. But we never ever heard shotguns.

Today one of those protests seemed to become out of control and one of the students apparently threw a hand made bomb (we call it molotov bomb) into the Police Headquarters. Big mistake: chaos, struggling and shotguns. As a result, the policemen opened fire at the street in the afternoon (a little earlier than 2 p.m.).

It was frightening indeed to be in the middle of a shotgun (well fortunately not exactly in the middle). Real shotguns don't sound like in the movies but more like New Years fireworks. I wonder: how is it possible that a policeman can just open fire at any street during working hours jeopardizing civilians security in such an unwise way?

You may say "Well, how is it possible that students can just throw a molotov bomb in any street jeopardizing civilians security in such an unwise way" O.K. I agree, both are wrong. But isn't policemen duty to protect us and care for our security?

I'm atonished and furious. Anyone could get hurt besides one policeman that apparently received a blow from a stone (he is seriously ill, but the cause is still unknown).

Finally we are all O.K. but sadly Chile is still waiting for something terrible and shocking to happen before taking preventative measures.
Publicado por Diers Eve en 9/02/2009 04:19:00 PM

CHILE? WHAT IS THAT?

CHILE? WHAT IS THAT? 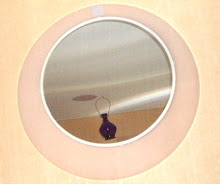 Diers Eve
Writing is my fascination!

I cherish every visit!